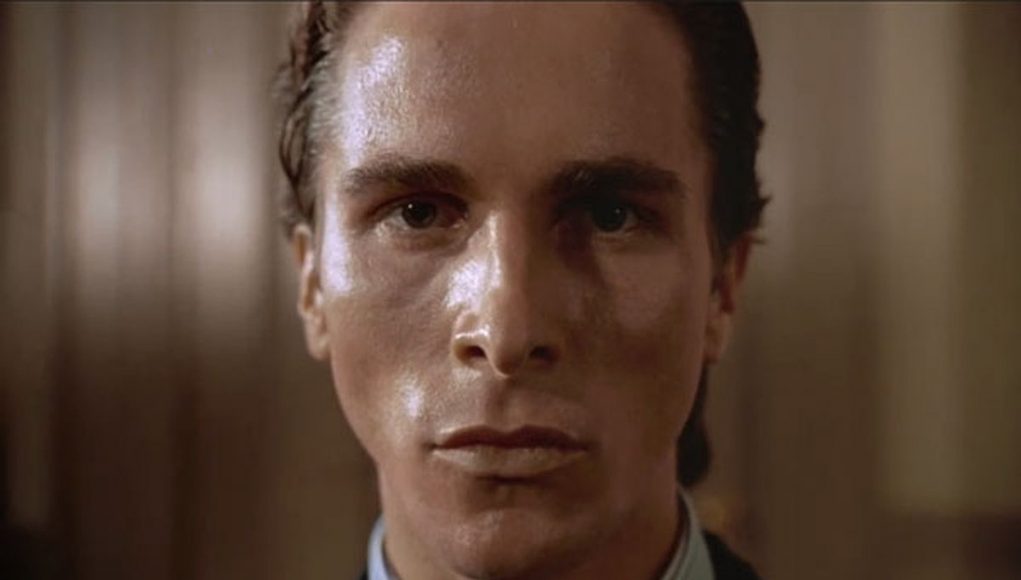 American Psycho centres on the handsome, well-educated and intelligent Wall Street investment banker named Patrick Bateman. He is twenty-seven years old, earning a small fortune and living his own American dream. He has a fiancé, great taste in music and a killer body. There’s just one little problem with Patrick, because at night he descends into madness and sort of does a bit of serial killing.

The film itself is based on a popular 1991 book by Bret Easton Ellis and it actually took a while to get the cameras rolling on it. Jonny Depp originally sniffed around the project with David Cronenberg looking set to direct. When that didn’t pan out producers Lionsgate wanted Edward Norton, Leonardo DiCaprio or Ewan McGregor in the lead role but Christian Bale really, really wanted the role and the director, Mary Harron, really, really wanted him to have it. So much so that she fought with the studio and Bale turned down other opportunities to get it. Oliver Stone, Danny Boyle and Martin Scorsese were also linked with the director’s chair but Harron refused to budge and got her way, and her man.

It’s not only Bale who adds a hefty chunk of A-list acting ability to the proceedings as the rest of the cast is utterly brilliant too.  Justin Theroux, Josh Lucas, Chloë Sevigny, Matt Ross, Jared Leto, Willem Dafoe, Samantha Mathis and a proto-Elle Woods Reese Witherspoon also add a whole variety of self-obsessed charisma to the film.

Maybe the admiration I feel for American Psycho and its lead is similar to how Trump supporters feel for Donald. The lies, the narcissism and misogynistic attitude along with the carefree doubling down on mistakes. The thing is, the film is probably more relevant now, than it was upon its release. Half Wall Street, half Silence of the Lambs; it’s just sheer sociopathic psychopathic brilliance. It’s probably Trumps vision of how he sees America and the fulfilment of the American dream. It’s the rich showing their vanity and contempt for others while living the high life and consuming the poor and vulnerable for their own ends. The film is so seedy, misogynistic and cruel it’s a woke/me too nightmare and one which leaves me to doubt whether any studio exec in these times would dare to even green light its making.

To say American Psycho is a masterpiece is an understatement. Not one second of film time nor drop of blood is wasted, creating an intense ride along Patricks decent to madness. Straight from the off we get Patrick telling a barmaid who can’t hear him that she’s “a fucking ugly bitch. I want to stab you to death… and play around with your blood” It’s just nasty from the off, terribly horrid yet still such a beautiful performance to watch. Later, his squirming under pressure from Dafoe’s characters investigation ls not only hilarious to watch but somewhat cringeworthy as he gets In Too Deep, trying not to show him his True Colours. The different aspects to Bateman’s persona are complex and living purely for the moment in an effort to survive to another day, to fulfil further bloodlust fantasies.

Patrick’s subtle openness of his own jealously of others and his fear of being lesser than them hastens his decent to blood lust filled madness. He literally finds it Hip to be Square, conforming to his perceived persona, taking the odd Easy Lover as long as they suit his needs. All the things he is, and is a part of, are all the things he says he isn’t. He has no identity, he’s just trying to fit in his social circle with an underlying internal rage simmering away, ready to be unleashed. His lusts and impulses catapult him into making bad decisions and panic slaying, hurtling him down an inevitable blood lust path. The other quite terrific thing about the film is that’s its actually funny. You sort of root for Patrick despite his ambitions and desires. His life is also now a Gif and Meme-tastic dream of killer lines and clever (and more importantly true) monologues about Genesis, Phil Collins and Huey Lewis and the News. All this has given the film legs in popular culture, with it now being deemed as a ‘cult classic’.

Patricks disregard for women is also frankly appalling and delivered with such displeasure to the viewer by the near perfect Bale. This is all the more stark when you consider that all this misogynistic horridness, is actually delivered by a female director and not a male director living out some deep dark part of himself. Maybe allowing her own perspective, probably from her own personal experiences, into the film helped deliver a much-needed invisible touch.

Bale would go straight on to star as a bit of an arsehole in Shaft, as well as in underrated hits Reign of Fire, Equilibrium and his thinsterpiece, The Machinist. To compare his American Psycho performance with Joaquin Phoenix’s Joker one, Bale’s is far superior. How he didn’t get an Oscar nomination is beyond me. The 2001 Best Actor Oscar was won by Russell Crowe, with Gladiator and Traffic fighting it out for the top film awards.

The film also delivers a conclusion which the viewer can interpret for themselves. Was any of it even real? Sure, some of the murders can be taken seriously but did Patrick simply have dark fantasies and a vivid imagination, or is he a truly twisted serial killer? That’s the beauty. Some films demand an answer, this one doesn’t.

American Psycho is like the rollercoaster you want to get off but you’re simply enjoying it too much. As with all fun film rides Hollywood demanded a sequel – which we sadly got. Going straight to video two years after American Psycho released was American Psycho II: All American Girl. Directed by Morgan J. Freeman, and starring William Shatner and Mila Kunis, it was a film so bad that even Kunis hated it and has subsequently apologised for being in it.

American Psycho, in my view, is the pinnacle of Bales illustrious career and he is without doubt one of the best actors of his generation. The complex range he shows American Psycho is not only believable but also funny. Its so over the top, yet utterly in control. Hollywood still throws money around and I would love them to remake it using the exact same cast set in the modern day.

I best go now as I have to return some videotapes.

American Psycho is currently airing on Netflix in the UK.