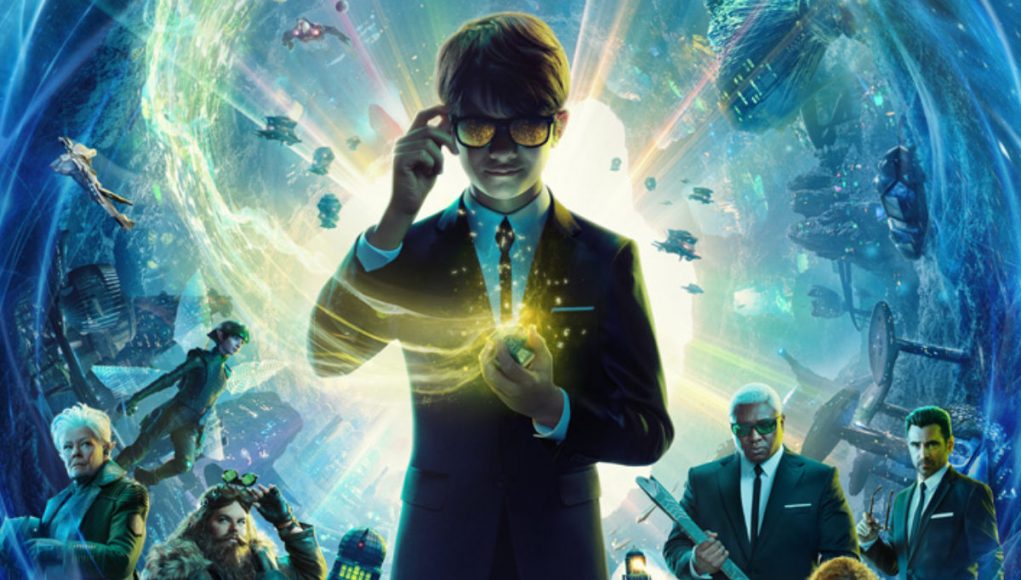 After originally having a cinematic release set for August, then June, then May, Disney finally opted to move Artemis Fowl onto its streaming platform, for obvious COVID-19 reasons. Frankly, this move comes as no surprise as the lack of original content on the Disney+ platform, a mere six months after launching, is truly quite pathetic.

Artemis Fowl is based on the first book of Eoin Colfer’s best-selling series of the same name. It tells the story of a 12-year-old boy genius who finds himself in a battle of strength and cunning against a powerful, hidden race of fairies who may be behind his father’s disappearance.

After rushing through a bland, lifeless opening where the world building is tragically forgotten and roared through at speed, along with character development that goes unearned and unjustified, this rotten film settles into what becomes a rather large bowl of fowl smelling tripe.

Director Kenneth Branagh, who has been doing the promotional rounds for the film this week, has been piping up about how happy he would be to do another superhero film, after previously helming the original Thor film. This film is a blend of simple locations and heavy CGI, and I’m really not sure the heavy CGI workload plays to his speciality. The CGI mess in this film, and the rotten script, is unlikely to be his doing, but the performances he brings out of his actors are truly quite pathetic. The film is so devoid of any sort of likeable or believable chemistry between any of the actors, and I do mean any. Frankly, I can’t see any studio knocking on his door anytime soon to have him work with heavy CGI again.

Disney, who are usually so good at picking their film leads, have made somewhat of an error casting the unknown Ferdia Shaw as Master Fowl. Hopefully this is a rare aberration as, billed as a criminal mastermind, this particular child shows no discernible acting ability nor has any x-factor appeal of any note. He is not helped one jot by his fellow actors and is sold down the blandest and most unbelievable of rivers by a terrible screenplay. Frankly, a squashed dead frog would pass as a 12-year-old criminal mastermind with more authority and believability than him.

As for the rest, Colin Farrell looked like he just breezed in and shot his lines – which he apparently did. All of his scenes were shot in three days, which explains the weird scene editing, the lack of chemistry and the speedy feeling to his lines. His obvious mantra was simply to get in, get out, get paid! His upcoming work on The Batman is also meant to be a similar deal, hopefully though with different results. Dame Judi clearly did this as a favour to Branagh, and a nice payday, but rather than coming out of it with a bit more variety to her stellar acting CV, it will forever remain as a gruff-speaking blot on her delightful career.

The only actor to come out of this runny brown bum mess of a film with any credit is Lara McDonnell, who simply does a good job with what she gets.

Personally, I also don’t get this fascination with Josh Gad. I’m sure he’s a lovely fella and all that but frankly his physical acting is always disappointing. In this, his horrid half-Hagrid looking impersonation is only saved by his faceless voiceover work as semi-narrator to the whole film. I’m not sure he aims to be some sort of cheap man’s Jack Black but, for me, he is borrowing a living and degrading the things he is in. His voice work is excellent but the fascination for his live-action performances beggars my belief. He is also going to be in the upcoming Disney reboot of Honey I Shrunk the Kids but it’s well past time that Disney loses his number.

The lack of chemistry between the films actors also causes other issues. Without chemistry, comedy doesn’t work either. All the lines, some for adults, some for kids, all fall flat and tumbleweed along with an agony similar to a thousand paper cuts.

With a budget of $125 million Artemis Fowl’s success is probably a bench mark for future Disney+ releases. I expect, after seeing the movie, that the decision to skip a cinematic release was a very easy one for the Disney execs to make. After enduring this soulless cash grab, I expect it leaves Disney with a big dilemma. If this is the level of quality that $125 million gets you for a 95 minute streaming service film, then they may need to think again. This was meant to be the first film in a series, a new franchise for Disney to milk dry. The last 8-10 minutes of this film simply adds more excruciating pain onto the viewer as it attempts so solidify how great the characters are, and how they should return for a sequel. Well Disney, quite simply, you killed your latest franchise cash cow.

It’s a long time since I last saw a film so full of franchise potential, so full of all the right ingredients, that simply produces a complete, pointless mess. There seems to a muddle in the films final edit somewhere, as the very mild promise seen in the trailer fails to deliver in any positive way. There’s just nothing here that’s memorable, distinct or worthy of note. Disney films get judged above all others but it seems the house of mouse increasingly, and more obviously, cares more about profit and products, than it does about quality.

Artemis Fowl is out now on Disney+.