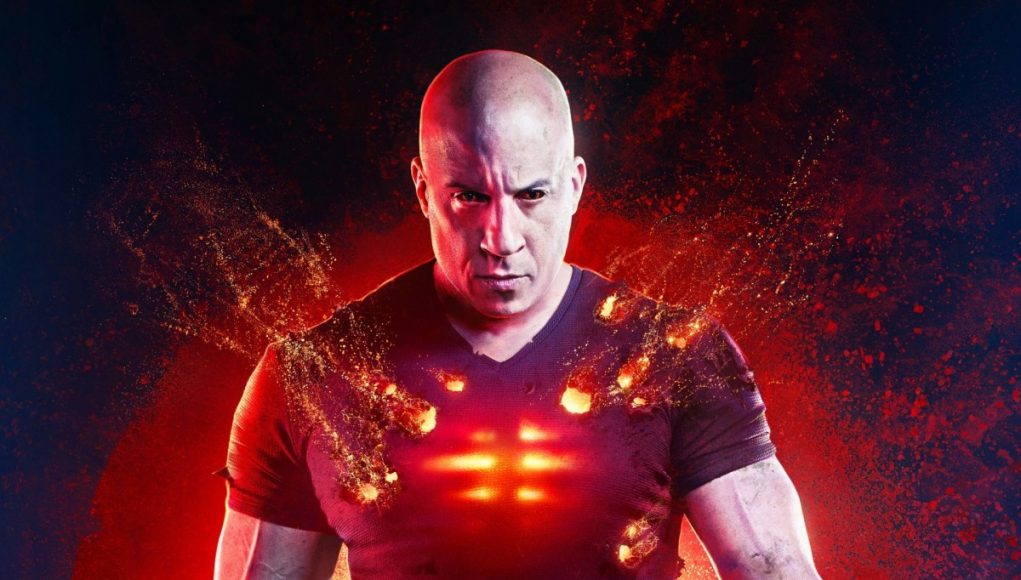 Created by Kevin VanHook, Don Perlin and Bob Layton, Bloodshot tells the story of Ray Garrison, a former marine with the power of regeneration and meta-morphing. Enhanced by nanotechnology, he becomes a superhuman biotech killing machine. As Ray first trains with fellow super-soldiers, he cannot recall anything from his former life. But when his memories flood back and he remembers the man that killed both him and his wife, he breaks out of the facility to get revenge, only to discover that there’s more to the conspiracy than he thought.

The story of enhanced folk in film is hardly new. From Universal Soldier, Terminator and GI Joe: Rise of Cobra, to Upgrade and RoboCop. The advances in technology made enhanced folk the focus of many a classic film, especially in the 80’sand 90’s. Times haven’t really changed that much, we just enjoy our enhanced characters to now come with wacky origin stories from the pages of our favourite comic books.

Bloodshot was created back in 1992, and having probably inspired other nano/super soldier films since then, the fact it has taken so long to get onto the big screen has done it no favours at all. The story already seems tired, overdone and unoriginal. In the mid-90’s this would have been eaten up as a cult classic but by todays standard, when nano-tech is no longer science fiction, it seems out of place and repetitive – a bit like a bout of diarrhoea after a seemingly nice meal.

The film sort of puts you off-guard from the off with Vin Diesel playing a soldier. It just doesn’t look right after his years of playing anti-heroes and feels a bit out of place. Vin Diesel is very good at doing what he does, which is usually some emotionless sort of humanoid on a mission full of action. Dialogue and range are not exactly his forte and here this leads to, what should be a cool comic book character, coming across as a little bit bland. Vin Diesel can lead a film, but it has to be a character that suits his particular skill-set. Even the Vin Diesel look doesn’t quite fit the character as seen on its comic book pages, and a far more charismatic choice would have probably brought about greater rewards.

The rest of the cast are able yet oddly used. Guy Pearce plays the baddie, who is sort of a powerless semi-clone of his Marvel character, Aldrich Killian. They sort of picked type casts to fill the main roles, with the beautiful Eiza Gonzalez basically doing yet again what she has done in her last few films.

The action is fair, if not sadly predictable. John Wick has reset and reinvigorated intense action movie fights and all Bloodshot does is rehash classic, yet steady action sequences and mix them with heavy special effects.  The limitation of the films lead to really take on the role is equally matched with dark, broody CGI which looks more video game than film quality. Some of the CGI/effects are clearly rushed and sub-par by Sony Pictures usually high industry standards.

There’s a growing number of films that I simply don’t see the point of and this is certainly one. With a reported budget of only $45 million, its hard to see why they bothered. Vin Diesel would have taken a large chunk of that budget and what’s left can barely make any credible high-end sci-fi/comic book film adaptation. Depending on its box office success, Bloodshot should have been the first instalment in a shared Valiant Comics cinematic universe. The film looks, with its digital release revenue added, to have broken even on its production costs, but that doesn’t include marketing so its break even at best for this adaptation at present.

Valiant first announced that they had partnered with Sony Pictures to produce five films based on the Bloodshot and Harbinger comic books, but Sony have already shunted the Harbinger rights off to Paramount. It seems the initial faith shown has already wavered and Sony is looking for an out. Valiant characters Ninjak, Eternal Warrior or X-O Manowar would probably have made better universe starters as their development and arcs are certainly more in flavour with current audience trends.

All this is not to say that the film isn’t sporadically entertaining in between the cheap filler scenes and tiresome, dragged out dialogue. Directed by David S. F. Wilson, it’s certainly a watchable movie and one with a good pace, but rather than trying to be a modern action film, its more akin to 90’s action with a more moderate, steady and unspectacular feel compared to its current contemporaries. The whole thing just seems to be a missed opportunity for something better. A missed chance for a cinematic universe and something other than Marvel and DC to get behind. It’s just a little sad that they didn’t invest enough in the project, or have enough faith in the character, to produce something more memorable and unique.

Netflix have dropped a new trailer for their upcoming animated musical...

Check out the all star cast in the new trailer for...