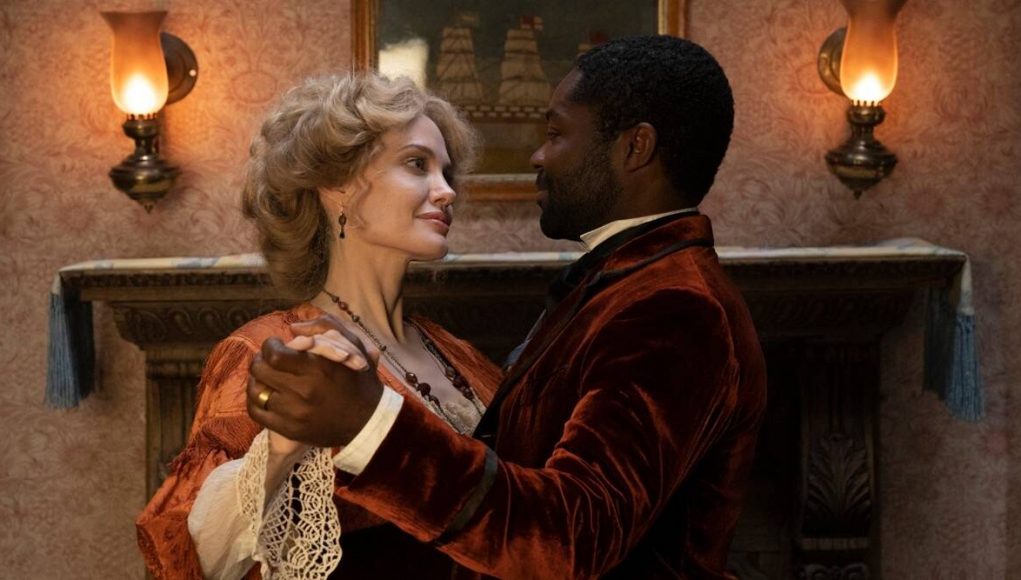 Directed by Brenda Chapman, the Oscar™ winning director and co-writer of Pixar’s Brave, Come Away is a billed as a whimsical and inspiring British made live-action tale inspired by the stories of Peter Pan and Alice in Wonderland.

The film follows the adventures of siblings Alice and Peter who transform into Peter Pan and Alice in Wonderland in a bid to help their parents – played by Oyelowo and Jolie – overcome the tragedy of losing their eldest son.

While Disney go about remaking their properties over and over, it’s no surprise that other studios choose to do the same. Twisting and aligning these two classic stories together at least makes a more interesting narrative choice than simply adapting and remaking either one of them for the umpteenth time. The thing is though, who asked them to, who is this film even for?

Whilst the concept of this mash-up is an interesting idea, I’m simply not sure who this film is aimed at, or what it is trying to achieve. Although its full of imaginative, clever and implied symbolism and story interpretations from its literary inspirations, it just doesn’t go anywhere – and certainly not anywhere you want it to go. The story is too implied, immersive and slow to be of much interest to children, while adults will find it, well, depressingly boring. The film is anchored in themes around the joys of childhood and the importance of dreams and imagination, even at the toughest times. Sadly, the hook gets lost in a tale that quite frankly is so oddly pitched, so genre blurred and so weirdly delivered, that I have to wonder if the Mad Hatter is behind it.

The child actors here are pretty good though, while David Oyelowo and Angeline Jolie seem to be just happy with going through the motions. Oyelowo seems to be on cruise control while Jolie is a bit understatedly strange in her role. Sir Michael Caine gets yet another fleeting seated meal scene, albeit with a nice moustache, whilst Anna Chancellor and Jenny Galloway just do what they have to.

The film tries to explore the importance of individuality and the innocence and imagination of children. Using classic literature characters to tell what is essentially a heart-breaking human story is a novel idea, but even at its most endearing, the whole thing is entirely mis-sold. Instead of being a lively semi-fantasy children’s film, it turns out to be a relatively depressing, slow and almost tedious affair.

Death, debt, addiction, gangsters and marriage troubles are not exactly the children’s thematic film bedfellows I imagine J. M. Barrie or Lewis Carroll expected their works to be inspiring. The film does show appreciation for their literary works on occasion by simply flying off to a place of fantasy or sending the viewer down a rabbit hole. At times it ventures down the path where you actually want the film to go but, billed as whimsical and inspiring, it doesn’t hang around there and quickly takes you back to the boring and depressing family drama they have created.

It’s certainly not a terrible movie, and the child actors deserve some real praise for headlining and selling this work, but it’s just pointless, oddly depressing and frankly uninspiring as a film. There’s a huge backstory here, from the family being poor, yet rich enough for a maid, to the gambling and sibling drama, but these seen dynamics are not backed up with anything other than a Pan or Alice reference for the sake of it. It’s just either too clever or too weird, and either is a failure of film craftmanship.

Quite simply, Come Away does nothing to reignite or add new dimensions to the famous tales, simply taking inspiration and dumping a depressing tale on your lap. You certainly won’t be smiling like a Cheshire Cat afterwards.