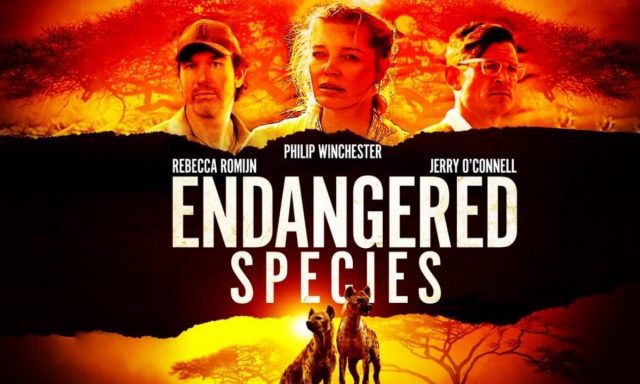 Jack Halsey takes his wife, their adult kids, and a friend on a dream African vacation. Wanting to experience adventure in the wilderness, they head down a forbidden road to a remote area of a vast national park. Here they encounter dangerous wild animals, leaving their car a wreck and the family stranded miles away from help.

The films director/writer MJ Bassett started her career as a wildlife photographer and documentary maker, then went on to become an on-camera host of various nature and science programs. You can tell there is a real love of nature from her, with shots of beautiful and sprawling African landscapes, along with an overriding message about protecting nature and its diversity.

As per usual with these sorts of things, the films characters make some typically bad decisions which leads to an unravelling tale of misfortune and danger. This is all set to a family dynamic that’s typically film level terrible, with general dysfunction and odd interactions all over the place.

There is potentially a decent film in there, it’s just lost in a bad, all too convenient script and ropey CGI production. For a moment or two you might be forgiven in thinking the film will verge off on a comedic horror-type animal hunt, but it sadly doesn’t go anywhere. It takes itself far too seriously for something that is always simmering to a point but never getting near the boil.

It simply never hits to any real highs, or even goes through any real lows. It’s disappointing because it just lacks an identity, a purpose and, quite frankly, a point. There is at least a plot twist/re-route of the narrative which does help it, but it all just seems too laboured and predictable. The messages about protecting nature, humans devouring resources and animal preservation all gets a little lost in an unmemorable tale that’s neither here nor there.

Performance wise it’s actually not nearly as bad as you might think. There’s not much for them to do, but overact at times, look scared of a CGI animal or just be pretty normal. I mean, nobody is winning an Oscar for this but it is actually mildly entertaining at times. The film stars Rebecca Romijn (X-Men franchise, Star Trek: Discovery), Jerry O’Connell (Scream 2, Stand by Me), Philip Winchester (Rogue, Thunderbirds) and Michael Johnston (Teen Wolf). They all do OK, there’s no standout, or weak link. It just sums up the entire film – ordinary.

Endangered Species is a certainly not a bad film, it’s just one that doesn’t really go anywhere too interesting. It’s not serious enough to make the danger believable, nor comedic enough to be a memorable animal-horror. It’s just middling, all chew and no bite.

Endangered Species is available in the UK on Digital Download from 28th June, and DVD from 5th July, 2021.