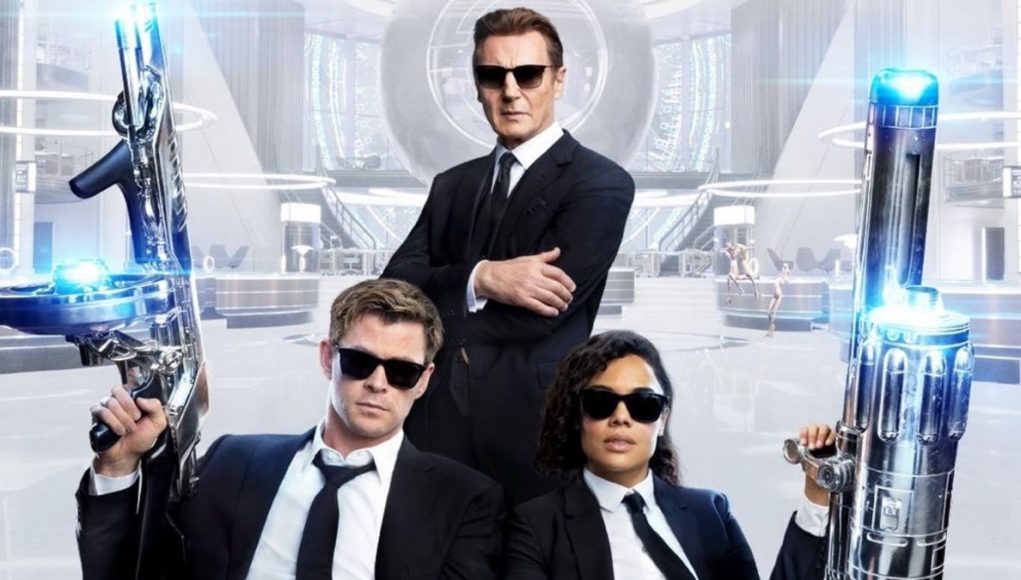 Now, I enjoy sci-fi as much, if not more, than the next man but when I saw the trailer for Men in Black: International I was thoroughly cold and depressed by it. I mean, it’s very rare these days that any trailer, for any film of any budget, makes a film look so dam terrible. So, after skipping the theatrical release I had a very low level of expectation as I settled down to watch it at home.

I’ve enjoyed all the Men in Black films so far. The original Men in Black was thoroughly entertaining. A classic film with good action, good comedy and a great dynamic between the leads. Men in Black 2 was frankly a bit rubbish but Men in Black 3 improved a little, offering new ideas and an inspired re-cast, along with some time travel and general silliness. This made the franchise mildly fresh again but after that Smith was out, and so was Jones. All that new freshness was to be forgotten, while MIB got a break.

Now, MIBI is what they now call a soft re-boot. This way it keeps fans of the original on board, but allows a new audience to buy into the franchise and update it for modern needs and studio requirements. The first Men in Black film came out in 1997, bearing in mind this is still in the same shared film universe, this is a comic book film franchise that has been running now over twice as long as the MCU.

So, as the MIBI story goes, a shape-shifting duo of intergalactic assassins execute an alien aristocrat. Now, with a devastating super-weapon of mass destruction hidden somewhere on Earth, the Men in Black will leave no stone unturned to retrieve it. However, heavy clouds of mistrust and a scent of betrayal envelop the once-incorruptible agency. Is there a well-placed mole in their midst?

The problems with the film start early on. There is no refresh of the MIB universe to audiences and we get thrust straight away into some bland comedic action which introduces us to Agent Hemsworth. While this is ultimately justified in the end, the pay-off does not warrant the narrative punishment. The comedy here is incredibly forced and unnatural, then delivered without any charisma. We then get a rushed introduction to the whole life aims and desires of Agent Thompson. So, here we are half a dozen minutes into the film and we already know our main characters motivations and traits. There’s sadly no time taken to engage the viewer in the universe of MIB or into any of the characters. The comedy is also particularly galling. Too many lines, too many side glances and nods to say “we are all funny” Ha Ha LOL. Its everything the subtle and smooth first MIB wasn’t. It’s loud and in your face. There’s no build up or stealth, it’s just rushed and flavourless. Frankly, if was a newcomer to the franchise I wouldn’t have a Mandorian butt-cheek as to what was going on, or what the MIB was.

Happily, MIBI does get slightly better as the film goes on. The narrative becomes less concertinaed and manages to play out, albeit with alarming comedic predictability. It sort of finds its level as the characters settle and things move at a pace that allows some viewer engagement in the story and its lead characters. Those early ‘jokes’ are mildly forgotten but still continue to rear their ugly, unfunny heads. Yes, we get that people look good in black and we also get than Men in Black is a bit sexist sounding, but here we are.

Now, coming in with a rumoured $110 million budget is no big deal in today’s film making market, especially when you consider the cost of the talent on show. When you add into that a marketing budget of at least $50 million its box office take of $253 million is still technically good for the studio.

Director F. Gary Gray has done some good stuff before, but not too much with CGI aliens and probably nothing with such a bad script. There’s a good cast in there as well, not only Hemsworth and Thompson, but Liam Neeson, Emma Thompson, Rafe Spall and Rebecca Ferguson all offer some good quality. They all just end up a bit wasted in characters that are either underused, or overused with terrible roles and dialogue. That’s not to say that the actors deserve a better film than this. You get the feeling that they all know its middling fodder and just went along for the ride and the easy pay check.

You just sort of get the feeling the studio wanted to make a quick $100-150 million, reboot the franchise and then go bigger next time. And that, is the entire problem. MIB is a film franchise, this isn’t the MCU, there can be no next time unless this time is good. You can throw a competent director, A-list actors and even get Danny Elfman to do the music but when you cut corners, rush a bad script and make popular, instead of competent story and casting choices you get somewhat of a meh-ss.

MIBI probably met the expectations laid down for it. Reboot, refresh and don’t lose money. I’d like to see more MIB and the International angle allows for many new and original stories. Would it work better as a TV series? Probably. Do I want to see more of Hemsworth and Thompson? No thanks – it just didn’t work for me. The weird Thor/Valkyrie chemistry they displayed in the MCU seems to have dried up as they paddle on through the motions. The modernising/what some call ‘wokeing’ of the film has nothing to do with the film’s problems. At times it just floats along like a bad BBC comedy with writers reminding us how easy it is to write a cheap joke or two about representation.

Men in Black: International is simply another in a long and lengthening line of reboots which are done without enough thought or imagination. It’s also one in a long line of films that literally shows off all the good dialogue and action in the trailer. There’s nothing here to really hate, just nothing to love either. Repetitive, uninspired and simply run of the mill.