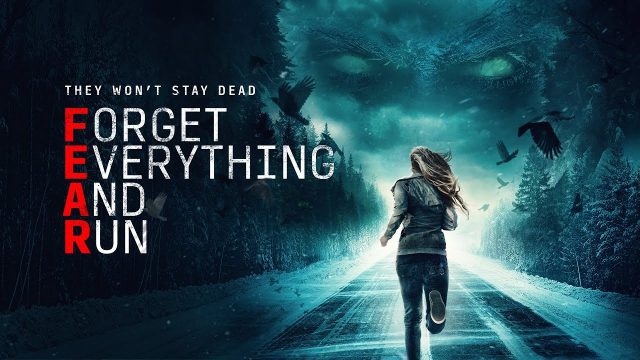 When a terrifying infection is released, one family will fight to save their children against a band of marauders, hellbent on revenge in the midst of a deadly apocalypse.

The film is very grounded and small in scale, focusing directly on one family and their fight for survival. The first half hour is an interesting look at the family’s dynamics and apocalyptic situation, whilst nicely setting up what you hope is to come. There’s actually some good tension and unexpected jumps in the early action but this is sadly in short supply as the film progresses.

There are some well-done flashbacks strewn throughout the film, focusing on the changes the family have to go through as their lives change in reaction to their situation. These are handled really well with past versions of themselves looking and acting very differently to their future selves, creating a genuine before and after feel. As it goes on though, you just never really feel too invested in the characters, nor feel the threat they face is too great or insurmountable.

Written, co-directed and starring Jason Tobias, you can really sense the all-round effort he has put in, with his acting performance being pretty solid. Marci Miller also puts in a good shift too, showing quite the range of emotion and the varying different intensities of her character. It’s also rare to see a decent child actor these days who actually has a natural ability to act. Danny Ruiz has a sort of effective innocence, as well as film stars looks, and doesn’t really miss a beat alongside his much more experienced colleagues. Although this wanes as his role reduces, it’s certainly put him on my radar to look out for in the future.

Sadly, after the nice set up from the first half hour, the film far too often bubbles along without ever really reaching the boiling stage. There’s probably just enough to keep you watching, but not enough to keep you too interested as it goes along. The last twenty-five minutes offers a glimmer of the generic genre action there needed to be more of. Although this does tie up the narrative threads quite nicely, it just seems so predictable, cheap and uninspired.

If it’s what they billed as “The Walking Dead meets The Revenant”, or “a mind-blowing zombie horror” that you are after, then you’ll be incredibly disappointed and feel seriously mislead by the films marketing. For all the good things in it, such as the performances, its severely let down by a lack of intensity, uniqueness and actual zombie type thrills.

The film’s title, poster, trailer and synopsis did a really good job of piquing my interest but the film sadly fails to deliver on its promise. While interesting at times, its low-budget mentality and lack of unique, or even exciting action, really works against it. Low-budget films within this genre usually go for cheap thrills and humorous or gory deaths. No such luck here, as this keeps it centred and simple, and as a consequence, is almost as uninspiring as one of those post-Ric Grimes seasons of The Walking Dead.

Signature Entertainment presents Forget Everything And Run on Digital Platforms in the UK from 26th April, 2021.