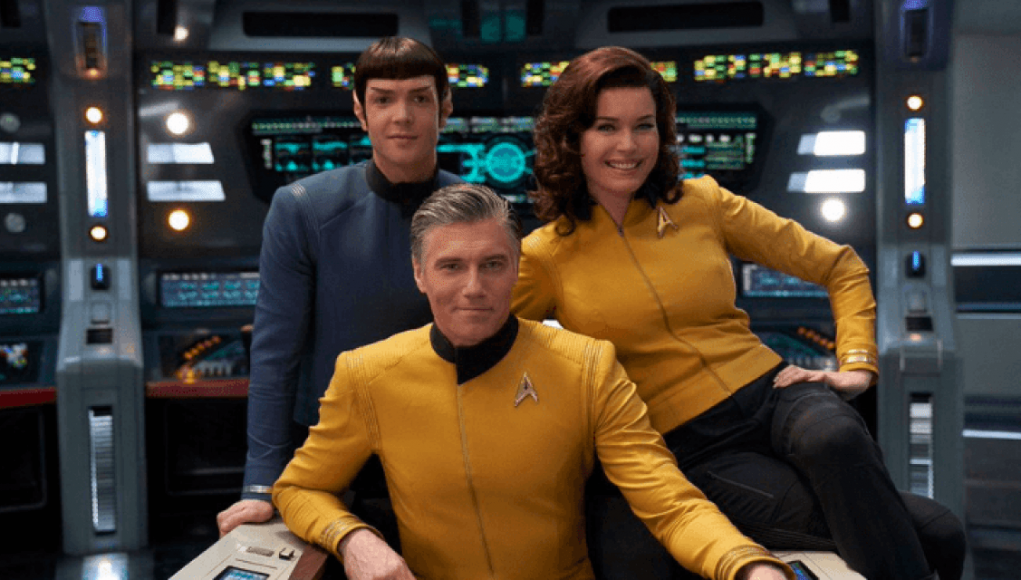 CBS have today announced a series order for Star Trek: Strange New Worlds, a new show based around Captain Pike and his Enterprise crew. Anson Mount, Ethan Peck and Rebecca Romijn will all reprise their Star Trek: Discovery roles, with the show set to explore the decade before Captain Kirk boarded the U.S.S. Enterprise.

With a Star Trek: Discovery/Picard crossover event rumoured to be occurring in Picard‘s third season, I imagine the Star Trek Discoveryverse will also now include Captain Pike and his crew in any crossover event.

In non-US countries, with Star Trek: Discovery airing on Netflix and Picard on Prime, no news is known as of yet as to which streaming giant will pick up the International rights to ST:SNW.

Expect the crew to explore strange new worlds, seek out new life and new civilizations and to boldly go where no man has gone before!

Excited by the news? Tell us your thoughts below.