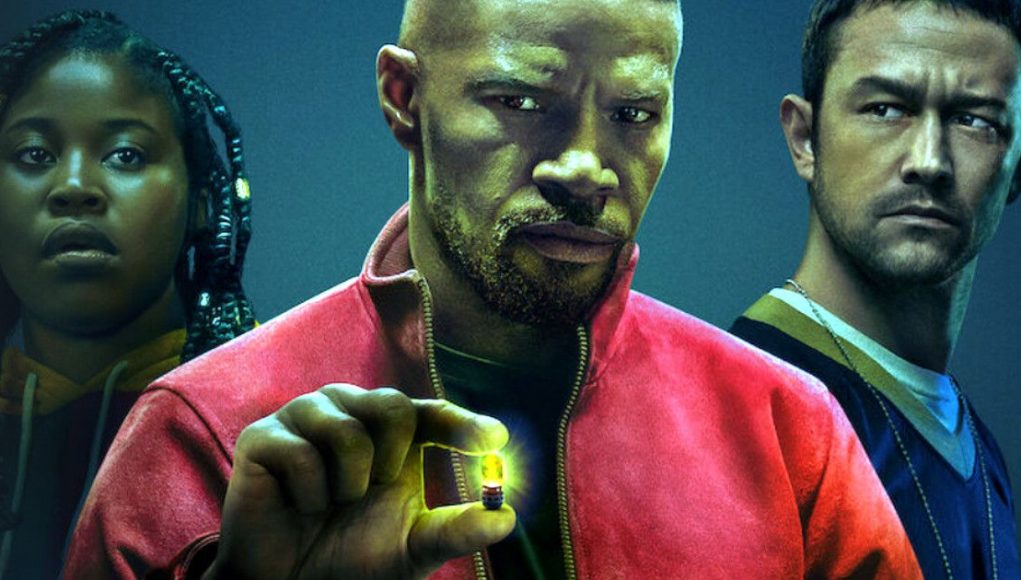 Now, I love a good powered/superhero film but there does seem to be an awful lot of them floating around. We must surely be in peak monetisation of the genre, and frankly I’m getting a little bit tired of supposedly new takes which actually end up offering nothing new or interesting.

Project Power revolves around a former soldier who teams up with a cop to find the source of a dangerous pill that provides the consumer with five-minute-long superpowers.

The film starts off great, with a high-end flaming torch themed scene alongside a camouflage man one, all rounded off with a real New Orleans neighbourhood background. Sadly, and fairly quickly though, it descends down a pot hole of mediocrity and ever decreasing quality.

This is no cheap-ass film either, allegedly having a hefty sized budget of $85 million. What it actually is, is a $30 million dollar movie that actually cost $85million to make. Jamie Foxx reportedly took home up to $20 million for his role, and bearing in mind he is working at about 60% of himself throughout, it’s a nice little earner for the usually fantastic Mr Foxx. Joseph Gordon-Levitt seems comfortable going along for the ride, while Dominique Fishback does what she can with her typical annoying child sidekick role.

Netflix seem to favour landing big money stars in their original film content, rather than investing their dollar into more rounded cast ensembles. This is a policy they urgently need to address. This film in particular has a bang-average cast, which does nothing to encourage the viewer away from its washed-out, dishwater flavoured narrative. Any film of this type has to have a good bad guy. In fact, most films need to have a good bad guy. This film has such a bad, bad guy, that it really may as well not have one at all.

The biggest sin of all action-orientated films is if they are boring. Project Power, with its bland, unsatisfying story scores super high on the boring-o-meter. This particular story would be much better served by having a pill that gives you powers, but you can only use it once. This would allow for a much better personal story than what we get. Instead what we get is some Limitless rip-off, mixed with X-Men type powers, but with an uninspired story that does nothing to ensure investment from the viewer.

In its favour, some of the scenes are intensely interesting action fodder with good special effects but they always seem to be cut short. It’s almost like someone thought the best thing to do was leave the viewer wanting more. A good philosophy to be fair, if your film is on a journey to an interesting destination.

All that can be said from Project Power is that Netflix has some new content, Jamie Foxx has a BIG payday and New Orleans gets some movie production money. I however, won’t get the 2 hours back from watching it.

Project Power is quite simply a waste of potential and a low battery effort.