Home Movie Reviews ‘Shang-Chi and the Legend of the Ten Rings’ Film Review. 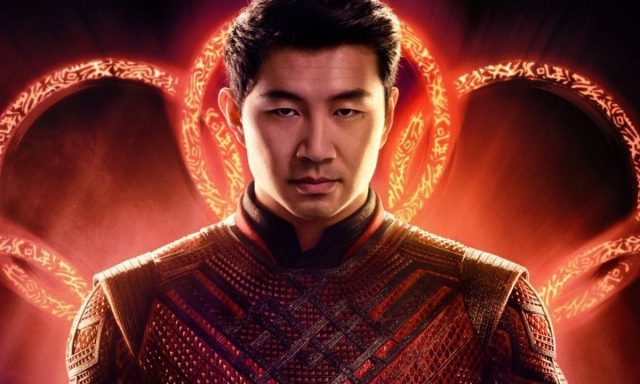 Shang-Chi must confront the past he thought he left behind when he is drawn into the web of the mysterious Ten Rings organization.

Headline star Simon Lui has serious brother/sister/platonic chemistry with Awkwafina which, although sometimes a little ill-fitting and Jumanjiesque, is overall thoroughly humorous and well worth watching. Lui as a lead initially seems a little off, but with his innocent face and sly, childish wit his journey through the film completely fits with his acting style and he importantly nails the superhero elements of the role. Showing tremendous vigour and talent through the action sequences, he does a splendid job of introducing the character and more importantly making us want to see the character again.

Meng’er Zhang’s turn as Shang Chi’s sister Xialing proves to be the most interesting arc (and possibly the best performance) and there is clearly bigger MCU things in her path going forward. Michelle Yeoh brings her wealth of experience alongside a raft of solid choreography, while Tony Leung delivers a smooth, stylish and charismatic vision of our big bad.

While the Lui/Awkwafina humour goes down one path, it’s the return of another canon character than steals the show, comedically speaking anyway. His role is so eye-rollingly daft, it works well to lighten the mood and actually adds some odd stability and wider MCU integration.

Sadly, and not for the first time in the MCU, this film not only showed too much of the action in the trailers, but also mislead with the Abomination stuff. What that particular segment means going forward I’m not so sure, but to me it felt like a let down and nothing but a prick-tease to get people to go and watch.

The film, once again, goes down the formulaic MCU way of the villain having the same abilities and powers as the hero. With the Fantastic Four and X-Men universe now offering us better, more original and greater variety in its MCU heroes and villains potential, I hope that we will soon get to see some variety in match-ups and less choreographed showdowns on the big screen.

Marvel clearly hasn’t run out of recognisable heroes or villains, but they are now delving into the second-tier heroes in terms of their recognisability. While Doctor Strange or Spider-Man films may well do over a billion at the box office and digital, COVID certainly does not help in establishing lesser known, or non-established superhero box office hits. Black Widow is far from being a bad film, but its narrative just didn’t move things forward for the MCU, and yet again there’s some giant villain controlling things that we have never heard of before (just like in Shang-Chi) but, all in all, its only done around $500 million. That’s around the “why did we bother range?” but it’s content for Disney+, so I assume Disney are still reasonably happy.

Throwing an all-star cast at the Eternals will certainly help with that particular film and its box office, but will it do the numbers to justify the budget? I suppose time will tell but maybe the MCU and Lord Feige made a mistake in not introducing more top-level heroes, before getting rid of its established core Avengers. The Disney+ spin-offs have been very hit and miss in my opinion, and even more watering down of the brand is set to happen. Less is sometimes more. Less helps creates demand and inevitably improves quality. What we are seeing is the opposite. We are seeing fresh heroes, saddled with integration from old cameos and easter eggs, instead of simply being the powerful heroes they are, in damn good, well written films.

There’s plenty to like about Shang-Chi and the Legend of the Ten Rings. To start with, it’s just nice to get back into the chronological order of the MCU. It’s also not too serious, high on action with a whole dollop of comedy thrown in. There’s also that all important character world building, as well as integration into the wider MCU. Yes, it’s a bit earthly fantastical in relation to the established MCU at times. Yes, the fight scenes are a bit generic, and barely original at times, and yes, another worldly villain appears who we have never heard of before. The film though does however have all the arcs and action of your classic Marvel superhero film, and that’s simply what we want.

Sadly, the film’s final act does turn into a bit of a CGI mess, but it all sort of works well enough. The end credit scenes also work well, setting up a whole new batch of MCU problems and storylines, whilst happily continuing to build on the world we just saw brought to life. All in all, the film is a superb blend of East meets West, happily shifting Asian representation in superhero films, from the often-side-lined sidekicks, to heroic, likeable leads.

Shang-Chi and the Legend of the Ten Rings is out now in cinemas Worldwide.