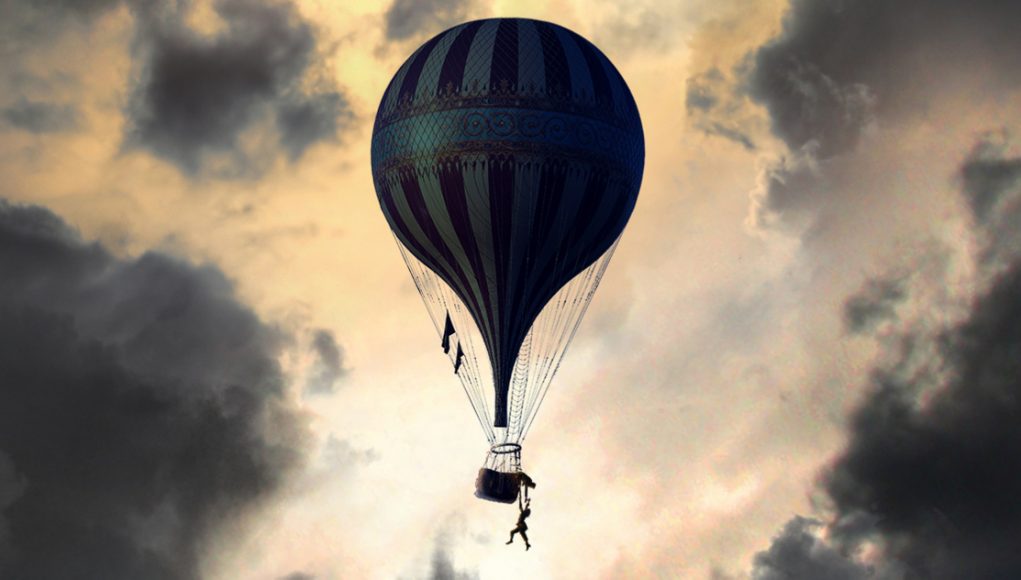 Based on the book “Falling Upwards” by Richard Holmes, and inspired by true events, The Aeronauts tells the story of pioneering meteorologist James Glaisher who teams up with daredevil balloon pilot Amelia Rennes to advance human knowledge of the weather and to fly higher than anyone in history. While their voyage to the very edge of existence helps the unlikely pair find their place in the world, they face physical and emotional challenges in the thin air, as the ascent becomes a fight for survival.

Director Tom Harper, who has worked on Peaky Blinders and War & Peace, clearly has a good track record working with dramas from certain time periods. He and his team produce a film with some great long-range visuals, with many designed for IMAX screens. They ably portray a somewhat realistic and intense, sometimes claustrophobic feel to being in a big wicker basket floating through the clouds of London.

As for our leads, they re-ignite their weird, un-sexual yet alarmingly charming chemistry from The Theory of Everything, producing performances of varying intensity and desire. Redmayne is stuck somewhere between his portrayal of Hawking, with a large dose of Scamander, while Jones is solidly capable, yet seemingly unsure of the back and forward of her particular characters story arc and motivations. As well as having two Academy Award nominated leads, the film also stars a very capable cast featuring Himesh Patel, Tom Courtenay, Phoebe Fox, Rebecca Front, Robert Glenister, Vincent Perez, a dog and some pigeons.

There’s no doubt that the films costume design and production budget was money well spent. The balloon visuals aside, the period attire and props are splendid, as too is the in-keeping, balloon riding stunt work.

It’s a pleasure to see, in the race for pop culture, heavy CGI films, that films like The Aeronauts get made. The Amazon Originals Studio like to spend money on some very strange and sometimes varied projects, just like Netflix do, and with a rumoured $40 million budget this is no small drop in the ocean. Despite a very small return from its cinematic release, a rumoured $5 million, Amazon did say back in January that The Aeronauts was the most viewed movie of all time on Amazon Prime.

There are no car chases, no guns, no explosions or people wearing capes. There’s also no chance of a sequel, which is a rarity in feature films these days. What The Aeronauts is, is a proper film. This is a film for older folk. The sort who watch Downton, mow the lawn twice a week and reminisce about how good things used to be. This is a film for people who take time to appreciate the art of film and know that the best stories in film are always human stories. A good film can’t be made without every element working well together, from the director, to the script, to actors, extras, scoring and the props department. The Aeronauts ticks all these boxes, producing a high-quality production. In short, The Aeronauts is a great advert for the film industry as a whole.

Yes, the story is a bit boring, probably due to the bastardisation of the actual historical events, but films about human endeavour always engage an audience and The Aeronauts sort of brings a mild cheer to the viewer. If you appreciate the art of film, The Aeronauts will be right up your street. At one hour forty minutes, it’s a good run-time for a film with such a simple, semi-predictable narrative. In fact, it seems a lot longer.  If you want to watch a film, The Aeronauts may be a good choice, but if you want to be entertained by a film full on action, watch something else.

The Aeronauts is available to watch now on Amazon Prime Video.