Home Movie Reviews The School that made a film – ‘7 Hours on Earth’ Film... 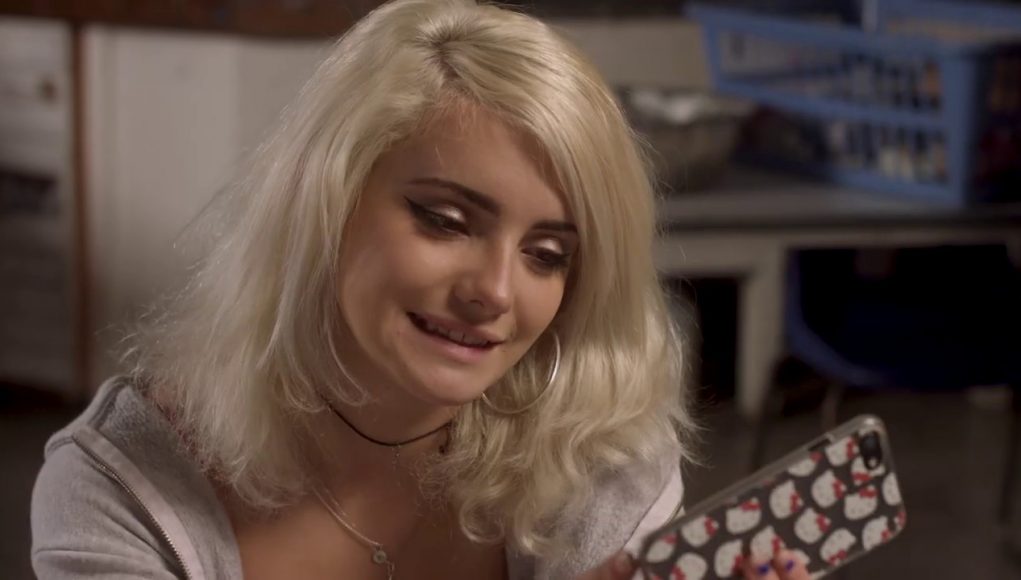 When Graveney Schools English and film studies teacher, Patricia Sharpe, had the idea to turn film studies theory into the more practical task of feature film making, more than a few eyebrows were raised. Thankfully, from having spent some time in the ‘business’ she was suitably experienced to lead the project. Aided by her fellow media teacher come producer Andy Lamont, screenwriter Steve Smith and editor/sound designer Rob Marshall they, alongside some eager and talented Graveney students, actually made a feature film.

The film is re-worked version of Shakespeare’s classic A Midsummer’s Night’s Dream, only with a bit more sci-fi and an aroma of Romeo and Juliet thrown in. The film was shot in 4K by a determined crew of students over the school’s summer holidays in 2017 and has taken almost 2 years to put together in the editing suite. Funded in house, by crowd and self-funding the films production crew either had links to the school or local school community. Yes, a determined school community really did end up making a full length feature film.

The film stars many of the school’s current and former students – and some of them are actually sort of famous. Ramona Marquez (Outnumbered), her real-life Dad Martin Marquez (Hotel Babylon), Harry Jardine (Journey’s End, In the Heart of the Sea) and Karl Queensborough, who currently plays the lead role in Hamilton at the Victoria Palace Theatre all feature in a mixed bag cast of seasoned pros and novice students.

The film, which takes teen based comedic liberties with Shakespeare’s work, centres around a bunch of bodyless, and somewhat dysfunctional, aliens who suffer a glitch in hyper-space. This mishap forces them to download themselves into the nearest human hosts to survive. With their new found bodies they must try to make sense of teenage love, human emotions and even flatulence as they wait to be rescued. To help them with all their newfound human problems on Earth they invent an app to try to make everyone happy. As they have never had emotions or bodies before, they unfortunately end up making everything much worse.

7 hours on Earth is a little bit Grange Hill meets Carry on Teacher sprinkled with the vibes of The Kid Who Would Be King. Loosely inspired by the bard’s Midsummer’s Night’s Dream, the films story goes off in all sorts of places while still keeping to the central narrative of an ongoing comedic love story. There’s a bit of sci-fi, bit of Shakespeare, various love story twists and who doesn’t love a good musical number with a bit of dancing? The film is full of variety, including a few adult jokes and plenty of stuff for teens to relate to.

It’s hard to be harsh on a film that clearly has enthused a school and had so much work put into it. I mean, yes, sometimes its strangely edited and sometimes shots aren’t Hollywood right. Sometimes the music is far too repeatably used and sadly it’s oddly fitting on occasion. Some of the comedy is a bit awkward too, yet happily still thoroughly amusing. There’s also some credible pieces of special effects – the film almost has everything in it. That said, this is no polished, Oscar winning masterpiece but what it is, is a fun ride, as well as a wonderful achievement.

This is something to place the school on the film and creative arts map. Something for pupils, teachers and others linked to the school to be very proud of. This is a school, that made a film – what an achievement! It’s fitting that the film should end with the Chinese proverb “Tell me and I’ll forget; show me and I may remember; involve me and I’ll understand.” I can only hope that this film will not only inspire other schools but also their pupils to get more involved in the creation of short films and feature films. It’s an expensive business film making and I sincerely hope that this film generates a bit of money for the school because who knows what they, or even others, could achieve with more.

As I understand it, many of the young cast have now got the acting buzz and are tentatively taking steps into pursuing it as a career. There is actually some talent in there too. Rufiat Awolope is certainly one of the stand-out actors in the film, showing confidence and composure beyond her years. Happily, she is not alone as many of the young actors have some of the special things that quality actors need, such as enthusiasm, good timing, clear line delivery and that oh so important screen presence. Gus Flind-Henry, Shanaya Henry and Adam Seridji to name a few of them. Honestly, some of them would not look out of place gracing the small screen on the beeb or beyond.

7 Hours on Earth is a remarkable achievement for those involved and hopefully an inspiration to others. It’s inventive, funny and shows what the power of a school community can achieve.

7 Hours on Earth is available to rent or buy from Amazon, Google Play and iTunes from October 9th, 2020.