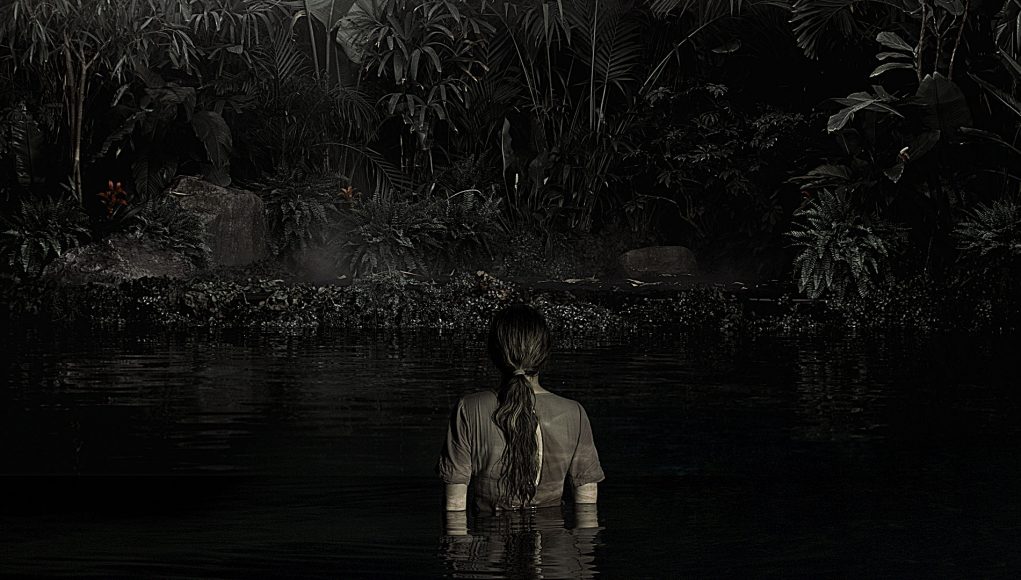 Now, I usually actively avoid watching, or paying that much attention for that matter, to modern horror films. It’s not that I’m a big scaredy cat or anything like that, it’s just when I dip into the horror pool I often find modern horror themed films to be repetitive, predictable and too full of homage to better, older classic horrors. When I think about it, the last ‘horror’ I bothered to watch was the Halloween reboot/sequel. A film, that in my mind at least, can only be considered to be cash-grab disappointing, boring and unoriginal. Frankly, I really see no reason for its entire existence, never mind it being good enough for a sequel.

That’s said, I find nothing wrong with good, inventive horrors as long as they try to do something different. Horror homage can be a good thing, if channelled with good intention. Horror though is a truly overworked and overdone genre when you consider that there are only so many ways to frighten and scare a viewing audience through a television or cinema screen.

When I got chance to see The Unfamiliar I was intrigued, especially considering it is written and directed by British based, award winning South African director Henk Pretorius. The films story centres around a British army doctor who comes back home to her family after a tour in the armed forces. While starting to settle back into her home routine she starts to experience some strangeness in her home. Does she have PTSD or is a more daunting malevolence at work making the life that she knew somewhat…. unfamiliar.

From watching the film it’s quite clear that Mr Pretorius knows his camera trade and is no stranger to common horror narratives or classic suspense shots. The first part of The Unfamiliar is wonderfully artistically shot, whilst still retaining a rough, ever so pleasing and typically original British film feel.

While the suspense grows in the first part, we ask ourselves does our lead have PTSD, simply needing a good electrician and some WD40, or is something more sinister happening with her family? The films initial stages descend into a sort of suspense horror by numbers, invoking very classically old school vibes.  The first, and most noticeable thing, about the film is that the films visuals are far better than the acting performances central to it. The wonderfully cinematically rough shots of the family’s home are interrupted by a massive void of chemistry between the cast. Whether this is deliberately motivated by the narrative (which would certainly explain some of it), I’m not sure. It just feels like the actors were thrown together, leaving no one with any relatable or likeable character traits to invest in. Is just a bit uncharismatic in the beginning, a bit disjointed and off-putting and I really don’t know why. It’s only upon reflection, from seeing the full film, that this may be partially deliberate, but frankly an audience will not care by then.

As the film moves on it starts becoming something else. The film changes location, and after crawling through its initial middle section, it becomes a bit like a caterpillar leaving its cocoon. It expands, changes and evolves into something with a tail end so far removed from the first part I actually thought I thought I was watching a different film.

Thrown in throughout are influences from a number of classic horror films. Creepy baby scenes, video camera surveillance and some flickering light scenes are all shoved in, alongside many other stereotypical horror narratives and a bit of Hawaiian folklore just to mix things up. As with all horrors, there’s always character choices and decisions that can derided by the audience, but there’s just so much influenced randomness in The Unfamiliar to keep track of.

Then, there are even more splendid visuals in the final third and some beautiful underwater scenes that would not look out of place in a much bigger budgeted film. All of the actors go on a journey as well. Their lacklustre chemistry in the opening part is developed and some ropey performances turn relatively solid as they settle and all get a little piece of screen time to attempt to shine. Harry McMillan-Hunt in particular is fairly consistent from the off, tracking the films improving path as it hurtles towards its end.

There are however plenty of ropey things besides the Jekyll and Hyde feel to the film. Terrible accent work and some classic magical drying aside, it does deliver on all the typical and classical horror must haves. With so many influences and things thrown in from suspense horrors it does feel a bit crowded sometimes but at least it continues to try to entertain and throw new, if not sometimes eye-rolling, horror things at you. It must also be noted that there’s some excellent, yet sadly fleeting, prosthetics used for a few scenes. Honestly, there should have been more.

That about sums this film up. For all its influences, good production work and effort, it just sort of feels disjointed from the start to the end. It feels like I’ve watched two films here, and not been fully satisfied with either. That’s not to say the predicted journey imagined at the film’s outset, and first half turning out to be something of a something else, is a bad trip, or even an uninteresting one. It’s just that despite being full of promise, with a desire to be different, it turns away frightened of its own originality and becomes happy to be cliché.

You can certainly say that The Unfamiliar aims to be a unique film. Having decided against doing its own thing, it has done a bit of everyone else’s thing instead.  An originally unoriginal, yet mildly entertaining ride and a fun horror all-rounder.

The Unfamiliar is out now on demand and digital in the UK and US.