Home Movie Reviews ‘We Need to do Something’ Film Review. 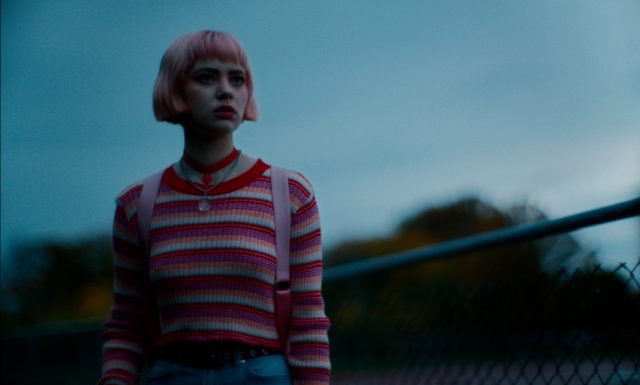 Seeking shelter from a storm, a family finds itself trapped for days with no sign of rescue and untold evils lurking just beyond the walls.

The films premise is especially relevant in the wake of COVID lockdowns, increasing social anxiety and higher domestic incidents. Starring a typical movie family who are full of dysfunction and secrets, this lot are literally coming apart at the seams. There’s some dark themes and a narrative based around this dysfunction in play, with a sprinkle of the occult thrown in to create a little bit of a horror-drama feel.

The film, which is scripted by author Max Booth III (whose book the film is actually based on), sets up a nice, semi-original piece that director Sean King O’Grady does an OK job in delivering. There’s an interesting storm set-up initially, with some great use of impact noise the add a little tension. Then there’s some good use of horror film surprise and a few mild twists and, as with all films with a horror persuasion, the films characters make eye-rollingly odd decisions, only compounded by a panicked amount of claustrophobic overacting.

The film does have a couple of stand-out moments but it labours along, happy to be mediocre for much of the time. As a typical scare movie, it’s light and somewhat overcomplicated on its premise and its delivery, but for any claustrophobics watching, this is sure to send a tingle up the spine.

The film is nicely held together by performances from the only investible characters in the entire film, the daughter/father duo played by Sierra McCormick and Pat Healy. Healy is horribly believable in his role, while McCormick has more to do with the weak arc she is given, and does it well.

At times the film is a little bit weird, oddly wacky yet still fairly watchable. It just never gets too deep, or builds a vision of horror that captivates. The one giant let-down, in a film aiming to be average, is the strange and oddly unsatisfying ending to it all. These sorts of endings are becoming all too common in modern films, with little impact, novelty or intrigue left for the viewer.

The film tries and at times it feels like it’s going somewhere unique and interesting, but it just simmers, never bubbling to any real highs, and then simply ends with little satisfaction.

Blue Finch Film Releasing presents We Need to do Something on digital platforms from October 25th, 2021.