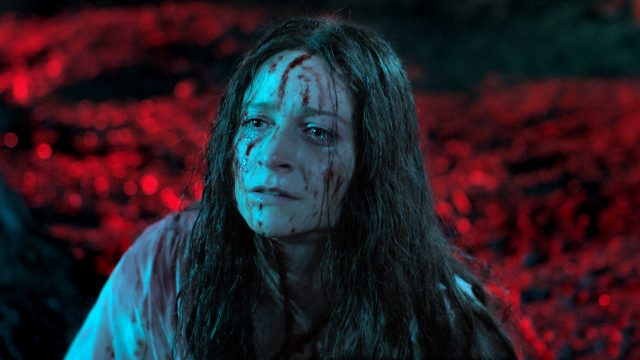 Britain, 1985. When film censor Enid discovers an eerie horror that speaks directly to her sister’s mysterious disappearance, she resolves to unravel the puzzle behind the film and its enigmatic director – a quest that will blur the lines between fiction and reality in terrifying ways. Steeped in glorious 1980s aesthetics, Censor is a bloody love letter to the VHS ‘video nasty’ horror classics of the past.