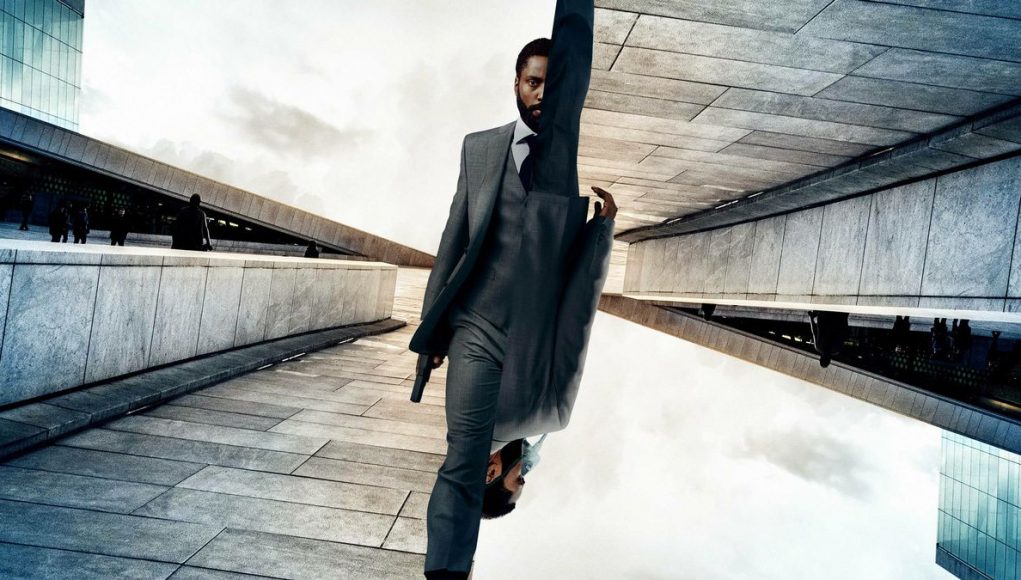 Well, what can I say about Tenet that doesn’t give anything too integral away?  Well, let’s just pretend that the movie Inception had a lovechild with Christopher Nolan. Not a bad child at all, quite a nice one really, just one that’s a little too needy. The sort of child that cry’s as a baby and you haven’t a clue what its actually crying for. It’s not hungry, tired or constipated, it’s just demanding. It’s one of ‘those’ children.

As a child of Inception the plot is a little too over-egged to fully follow from the off, especially when there is such a fast pace of action going on. Some may call the plot contorted, I myself would rather call it a bit of a turkey twizzler kind of story. The inverted time concept which is central to the film is interesting, but as its Nolan, is also somewhat complex. We get the whole inversion concept shoved into our ears quickly, in a way far too complicated for so early on in a film. It’s like being given your presents whilst you are still blowing your candles out and thinking of a wish. It’s too much, too quickly and frankly, too complicated. Thankfully this story pouring turns into a more drinkable trickle of narrative as the film develops and we get drops of how the whole thing works.

Right from the first scene we are hit with top draw Nolan. As the film develops, we get big set pieces, bang on the money, time after time. Many of the scenes and stunts were filmed twice with actors going in different directions for each take. Stunts are real, while CGI is limited – it’s just splendid to watch. Nolan takes the viewer on a journey, pushing the boundaries of what is possible in modern filmmaking. He keeps it as natural and old school as much as possible yet his films are always pioneering – pushing the envelope of what the viewer can comprehend and what his actors can achieve.

With a pacing built around elaborate set pieces such as a slow-motion plane crash and a car chase that plays out in reverse, the film solidifies its suspense and action at every turn. Is just beautiful to watch a film that’s just so utterly strong across the board. It’s a proper filmy film with all the old-school and fresh elements one comes to expect from Nolan.  It has a real sense of familiar style, yet it’s taken somewhere new. Ludwig Göransson does the films music and its, on occasion, very loud, bold and brash, offering real oomph when needed. Tenet is definitely to be enjoyed cinematically.

Nolan always attracts and then assembles a stellar cast and Tenet is certainly no different. The main performances, including a great bit part cast consisting of the likes of Aaron Taylor-Johnson, Himesh Patel and Michael Caine, are all almost flawlessly executed. There is also a large number of film extras used in the films production, all helping to create a spectacular, big film feel.

Sadly, Branagh still has the stench of Artemis Fowl on him and is, for the most part, not nearly nasty or believable enough as the villain, Andrei Sator. The bad guy has such a bland motivation it sort of detracts from the splendid overall production. He grows in the role, and is far from bad, but he is possibly the only weak link – if you can even call him that. Pattinson carries off an accent so English he’s almost Noel Coward. That said though, he is really rather good in a role far more action orientated than we are used to seeing him in. It certainly bodes well for The Batman, especially after seeing the trailer. Elizabeth Debicki nails it as the villain’s wife, offering vulnerable, victim and vengeance as part of her characters arc. As for the films lead John David Washington, quite simply he is utterly consistent – and I use that term as high praise. In fact, the only other actor I can think of who offers such consistency in all film situations is his father, Denzel. Whether being subtle and spy-like or the big action star John David simply does it, no problem. Its all just a breeze to him and probably why he won’t get any award recognition. He has made a tricky multi-purpose role look far too easy.

Tenet is quite simply a masterclass in film and filmmaking. It’s slick, action packed with a time-spy style all of its own. While the Mission Impossible franchise keeps it spectacular and fairly easy on the brain, Tenet tries to elevate the viewers brain power to a level that’s almost distracting. Nolan’s desire to challenge the new traditional, along with the brain capacity of the viewer, may be getting a little too extreme and is beginning to detract from the very enjoyment he is trying to provide. There are also some very obvious twists in the film that are a little too openly presented and I really don’t know why. Maybe Mr Nolan wanted us to have something easy to chew on, while gnawing on the main story bone.

Tenet is all the things you would come to expect and with a reported budget of $205 million, you get a lot of film. Although you could say the film is bloated, every minute is for a reason. It feels long, but also just the right amount of length. When you consider the multiple filming, real stunts and stellar cast every single penny seems to have been well spent.

Frankly, it’s just great to be back watching films, in a cinema, on a big bloody screen. I can’t help but think that with a new Bond actor and director needed, Nolan should be expecting the call. Pattinson would be a very interesting choice for Bond after this and Washington would make a great Felix Leiter. The future is certainly bright for John David Washington and I don’t need time inversion to tell you that.