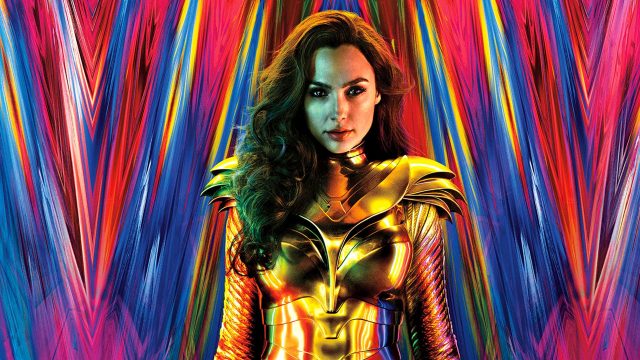 I enjoyed the first Wonder Woman film but I’ve never, ever felt the need or desire to watch it again. In my opinion, superhero films, being that they are big budget spectacles, should have some serious re-watch factor about them which I just didn’t get with the first. Don’t get me wrong, the first film was a solid effort and a very impressive introduction to Wonder Woman’s backstory, but its CGI disaster ending and general cheesiness just made it a little off putting and disjointed.

WW84 starts with Diana living in the opulent 1980’s, keeping her heroism on the down-low while trying to maintain a quiet, undercover life. She is soon called to action, mustering all of her strength, wisdom and courage as she finds herself squaring off against Maxwell Lord and the Cheetah, a villainess who possesses superhuman strength and agility.

I’m never really one to pay much attention to early online reviews for blockbusters. There seems to be a strong element of bias to one studio or another, as well as the usual bought reviews in the early stages. The reviews for Wonder Woman 1984 started off kind and now have descended into a pile on of low-scores. The whole situation is reminiscent of Captain Marvel, which is another solid yet not so worthy of a re-watch superhero film (In my eyes anyway). The same sort of vile hatred seems to be levelled at both films, which I can only put down to superhero sexism.

I would like say some of the one-star negativity comes from the expectation level of the film and the fact it’s the only show in town. Tenet also got negative reviews left, right and centre and this is probably a continuation of that. People expect cinema to be top class every time, when it never is, and never was.

That’s not to say that Wonder Woman 1984 doesn’t deserve a more than modest pile-on. The story itself is relatively OK, and probably reads well, but played out on the big screen it simply drags. The screenplay and its convenient marketable elements are frankly utterly pointless and only add to the long drawn out ropeyness. Yet again, Wonder Woman takes more than a drop of inspiration from the Superman films and this copycatting, along with the re-hashing of the Steve Trevor romance, takes away from all the fairly well done and unique 80’s feel to the film.

Another issue with the film is its sheer length. Things are quite tight up until just after the half hour mark when things start to be overdone, overcomplicated and elongated for no particular reason. Yes, we get to see the invisible jet and one of her other powers but why this needed to be 2 and a half hours long is beyond me. Most of it’s not even filler either, it’s just story elements, which on reflection, could simply be removed, causing not one problem to the film at all.

Frankly, a lot of the films creative decisions simply don’t work well. Instead of showing Wonder Woman to be a strong female, they’ve made her weak and unimaginative. Long gone is the warrior from the first film, the hope and inspiration for the world. Here we have a drippy long-lost love hero who has spent 60 years pine-ing for a man she only knew for a few weeks, in a fashion similar to a typical Disney princess. She also has no friends.

No thought is taken to the fact she is sexually assaulting the living corpse of a man who is removed from his own body so her one true love can live in it. This is not a strong independent superhero, or even one with the morals of Wonder Woman, this is a daft romantic film that completely nullifies one of the greatest superheroes out there, turning her into a boring, sappy drip. She doesn’t even have a sword or shield either, a creative decision to show her to be a hero without violence. Well, frankly that’s boring.

One thing this film had is really good posters, a really good (albeit spoliery) trailer and some fantastic promotional pictures and merch. Those Golden Armour shots are fantastic but in reality, the whole story around them in the film is frankly rather silly, shoehorned and unnecessary. Teased from the opening scene, teased again later and then worn when not even needed for 2 minutes at the end in a pretty pathetic CGI fight, served to be utterly pointless. This is not the seasoned demi-god warrior we expected, this is a hammy, sometimes cheesy bore. Not that that’s too much of a problem at times, it’s just with too much ham and cheese you can gag on it.

As for the effects, some of the CGI is good, others not much so. Bearing in mind the films hefty budget and the many time delays until its release where they could have got these right, you really have to wonder. As for the film’s finale, its sickly, void of top-quality superhero action or even any real villain comeuppance. Frankly, it left me with a real sour taste. The first films ending was far more entertaining, and that was a massive dog’s dinner of a mess.

As for the cast, Pedro Pascal excels in the role of Maxwell Lord despite a rubbish end to his arc, while Kristen Wiig does a fine job, especially in the early stages, but gets seriously let down by her characters motivations, dialogue and shocking CGI, especially in the big let-down fight at the end. Chris Pine does what Chris Pine does, while Gal Gadot is still splendid as Diana. It’s a real shame the film smells so much as she talks so enthusiastically about the character and seems to be a great role model.

As a third film has already been announced I really have to wonder why. If this is the best they can do, with all of Wonder Woman’s rich character and history, I wish they would just leave it well alone. That said, she is due to kill something from another world (as she states in BvS) so hopefully we will get to see some real unique action (and all her powers and abilities) in a film free from Superman homage, and one truly worthy of her comic book status.

And don’t even get me started on the God-awful telegraphed cameo at the end.

Wonder Woman 1984 is out now in UK cinemas (if you can find one that’s open) and also on VOD from January 13th, 2021. The film released in the US on the 25th of this month, alongside parallel streaming on HBO Max.